Campaign to save Brecon Barracks! 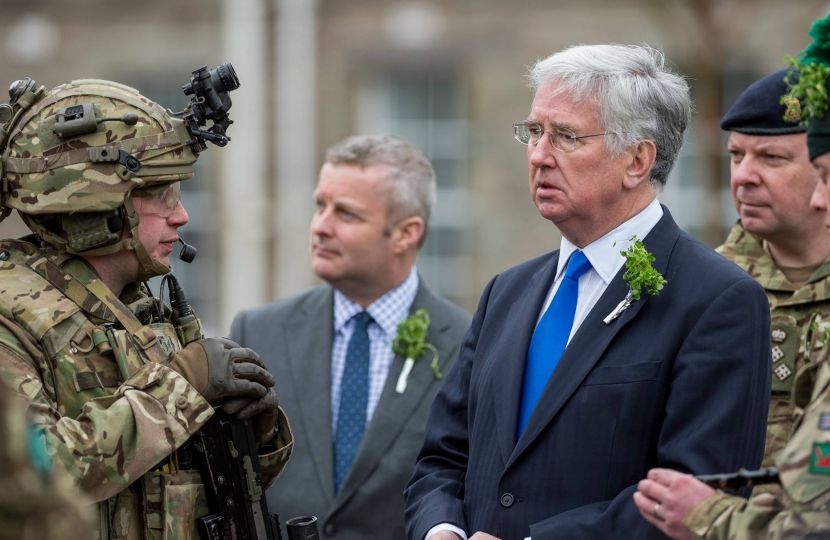 Chris Davies MP has today condemned the UK Government for announcing the proposed closure of the Barracks at Brecon in 2027.

There has been a barracks in Brecon since 1805, with the site going on to house troops who were sent to the famous battle at Rorke’s Drift – immortalised in the 1964 film Zulu. The site was extended in the late 19th century before becoming home to the 160th infantry brigade.

"This decision is abhorrent and I shall be fighting it every step of the way. I shall be showing my disdain in the House of Commons today (Monday 7 November 2016) and will not hold back on my opinion of the decision when addressing the Minister responsible"

The Government has a great deal of questions to answer over why it is proposing to close a well- loved and historic barracks in a vitally important military town. Brecon Barracks has served our country with distinction over its long history, with soldiers from the site fighting in every conflict since the early 18th Century. This decision shows a blatant lack of respect for that history

Our Constituency has some of the highest employment levels in Wales and this decision will affect the hard work our local industries have put in to employ new staff in recent years.

I hope this proposed closure does not have a knock on Brecon's thriving military tourism industry. People travel from all over the United Kingdom and Europe to visit Brecon and attend museum tours and attend ceremonial events at the Barracks. This industry is vital locally and I have already started a petition to oppose the closure, which can be found below, which I encourage everyone to sign. I will then be taking this directly to Westminster to hand it in personally, to show the Prime Minister the strength of feeling towards the barracks, and to fight the closure.