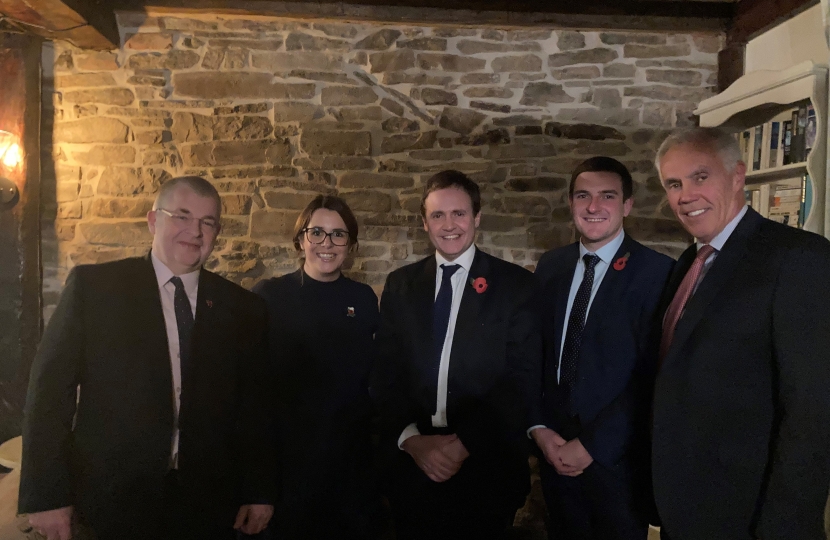 We were thrilled  that Tom Tugendhat MP, Chair of the Foreign Affairs Committee, agreed to speak at a dinner at the Baskerville Arms, Clyro, on Friday November 5th.

Introduced by Fay Jones MP,  Tom Tugenhadt has been MP for Tonbridge and Malling in Kent since 2015 and Chair of the Foreign Affairs Committee to which senior position Tom was elected in July 2017. Tom joined the Territorial Army in 2003, was awarded the MBE in 2010 for his service and achieved the rank of Lieutenant Colonel in 2013. Tom served with distinction in both the Iraq war and in Afghanistan.Tom Tugendhat

Tom’s speech was fascinating, reflective and inspirational in covering France, China, Afghanistan and the Union. With a Question and Answer session at the end members are assured our message will be returned to Westminster.

James Evans MS proposed a vote of thanks to Mr Tugendhat for offering us such a detailed insight into matters that usually qualify for sound bites on radio and TV and sensational headlines in the press. Mr Tugendhat was frank and open and it was a privilege from all of those present to be able to listen to and share debate with such a senior and erudite politician.